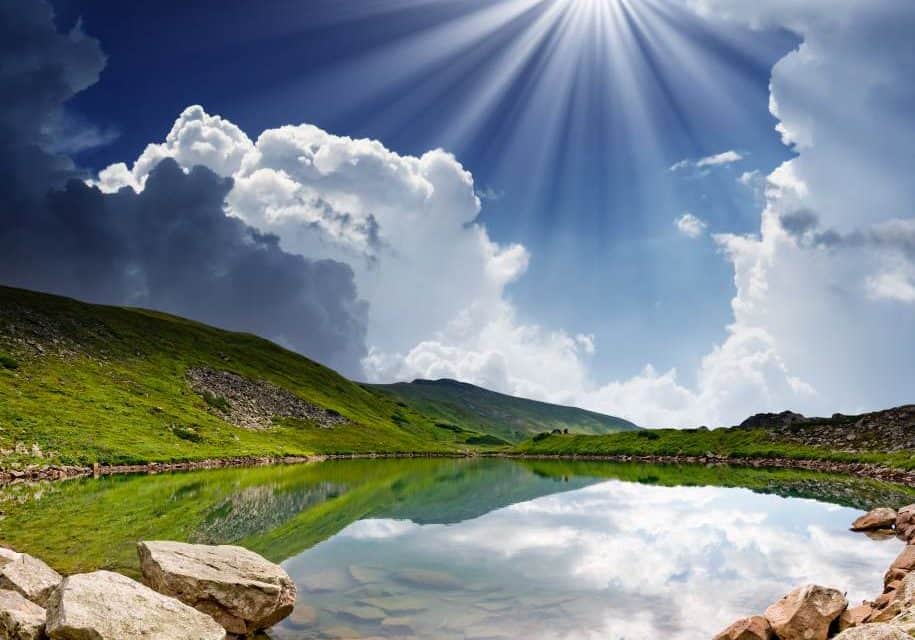 Setting Goals in life, planning your future and designing your own purpose in life is all a part of the Islamic teachings. In fact, it is the Sunnah of Allah as you’ll see in this article.

The fact that this is not a part of the education system explicitly, is a major gap in the education of every Muslim and non Muslim alike. What is your life purpose and how do you plan to achieve your dreams in this life and the Hereafter?  Islamic creed is very clear, we have been created to worship Allah the Most High. That is your purpose, but that doesn’t mean you will spend every waking hour in the Masjid or on prayer mat. Allah intended for the Muslim to be an active participant in the society and hence commanded us to go out in the world to seek out the bounties of Allah outside of Prayer times. He the Most High says:

“And when the prayer has been concluded, disperse in the land and seek the bounties of Allah and be grateful to Allah so that you may be successful”

Seeking out your worldly goals can also be an act of worship. Whenever you follow the guidance of Allah, as long as you intend on pleasing Allah, it is all worship. So the life of a Muslims can be one big act of pleasing Allah.

Setting Goals in life and planning the life of your dreams is an essential part of happiness and success as a believer. That’s right! making a plan to make your life a success, one that you have envisaged it to be or greater, is a must for every Muslim.

I’m hoping that you will create something far greater in your life by simply planning your life out insha’Allah.

Planning and Goal Setting is the Sunnah of Allah

Allah informs us that nothing He created is random or haphazard. Everything from His creation is by design and measure. Accurate and precisely as Allah planned. He, the Most High says:

“Indeed everything that We have created is according to a measure”

That’s right. Allah, the Creator of the heavens and the earth, and the creator of you and I and everything else, did this all by design and plan and precise measurement. This is the Sunnah of Allah subhanahu-wa-ta’ala.

Islam and the world did not come together, it was not established upon this earth except it was according to a plan. The coming of the final Prophet of Allah (peace and blessings be upon him) was according to the plan of Allah.

You and your birth and your very existence is according to the plan of Allah.

My talking to you in the Video Classes or you reading this article right now is according to the plan of Allah subhanahu-wa-tala. The majestic plan of Allah is perfect. Your plan and my plan may not be perfect but in creating a plan, in following the Sunnah of Allah, you could have the greatest life that you could ever imagine.

For more free Quranic life videos and short lessons, make sure to subscribe to our YouTube channel!

A Famous Hadith about Allah’s Plan:

The Prophet (peace and blessings be upon him) said:

“Indeed Allah had recorded the measurements of all that he had created 50,000 years He created the Heavens and the earth.”

So look at this. This is truly the Sunnah of Allah The Most High, in that He has the entire creation, your existence, my existence, and everything that we know planned with precision and detail, 50,000 years before He even created any of it.

So, are you following the Sunnah of Allah? Are you planning your life? Can you imagine what would happen in your life if you did plan it?

How did the Best of the Muslims live?

The best of the best, the ‘Muttaqun’, these were people who lived according to the plan of Allah, first and foremost.  But also they themselves had plans for which they followed. So the key to becoming one of the ‘Muttaqun’, the elite of the Muslims, is to have a plan for your life.

As for you and I, our plans may not be perfect and if we accept that right from the beginning, that our plans will not be perfect, then we don’t have to constantly fear that we’re going to fail. Because often many of us, including myself, fear to make plans because of the fear of failing to achieve those things.

But if you accept right from the beginning, that you are part of the creation, and you’re not perfect, then if the plan doesn’t go exactly according to how we had envisaged it, then you won’t be so disappointed.

The fact is, if you make a plan, the likelihood is that you will get very close to what you’re planning and this is why I mentioned the ‘Muttaqun’, because they were people who planned for the heavens, they had high aspirations.

Failure is a normal part of life, accept it, learn from it and adjust your plans to keep going towards the Higher vision of your life. Make every part of your life align with pleasing Allah so that you are in a state worship no matter what you’re doing.

I want to give you one example of one of the ‘Muttaqun’, Muadh Ibn Jabal, about whom The Prophet (peace and blessings be upon him) said, that He loved him.

Muadh ibn Jabal was one of the young companions of The Messenger of Allah who was sent to Yemen, to call the people to Islam. The Prophet (peace and blessings be upon him) said to him:

“Oh Muadh! How will you judge between the people if you are asked to?”

“With the book of Allah”

“What if you don’t find what you’re looking for in the Book of Allah?”

To which Muadh responded:

“According to the sunnah of the messenger of Allah”

And then He said:

“What if you don’t find that what you’re looking for within the Sunnah?”

“I will make Ijtihad through my judgment”

I will make a decision based on my judgment.

This hadith, it shows us, that Muadh ibn Jabal was being sent on a mission to call the people to Allah, but he wasn’t going without a plan and the messenger of Allah would not let him go without plan. In fact He (peace and blessings be upon him) asked him what are you going to do, so as to make sure he had a plan for his journey.

Muadh ibn Jabal was from the planners of this Ummah. He became of the most knowledgeable, and a very wealthy man too. At the end of his life he became one of the leaders of the Muslims in Sham region(Syria, Lebanon, Palestine of today). And this is the state of the ‘Muttaqun’. They have a plan for everything that they do and so they achieve a great deal in life and death.

Have you a plan for your life?

This message was intended for you, Allah planned it so you would read these words.

You can do it, Allah believes in you, I believe in you.

Jazak’Allahu khair and please share this message with the Ummah. We were created for great things, so lets be a part of each other’s achievements. 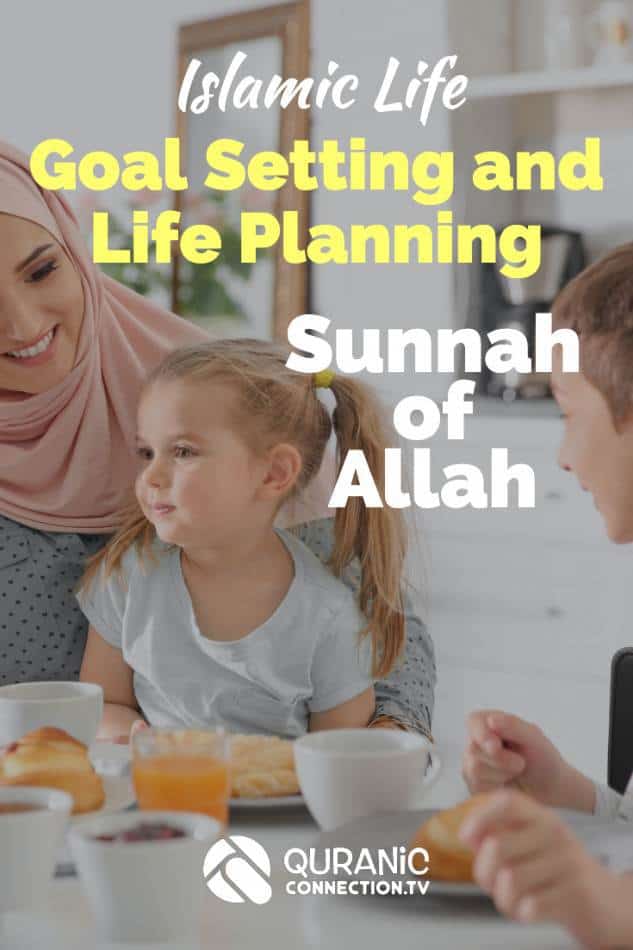 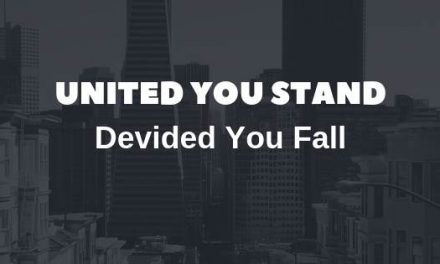 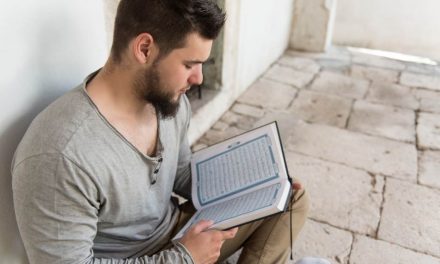 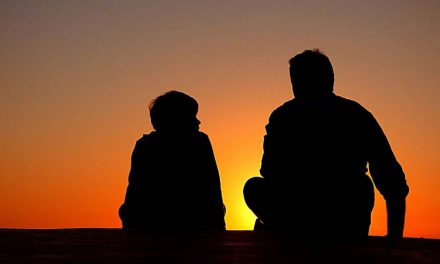 I need a Mentor in my life with Islamic Values 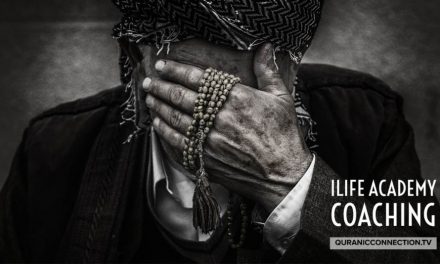 Being Comfortable and Happy in Your own Skin | Self Love